Capture other crew members by hurling into them and slamming the Bount button.

Once you’ve captured a crewmate, turn them in () to the nearest Royal Navy captain for a bit of that bounty prize, but be careful not to cross the line and surrender yourself.

If you want to release the bountee simply press the Jump button and hop away from that situation.

If you get captured by someone else, slam away on the Bount button to try to get control over the mutual grip and win a chance for a couter-bount.

Spare no quarter and remain the last pirate standing, even if it’s on a wooden leg! Fair winds to ye!

to bount
Pronunciation /ˈbaʊn(t)/
verb (used with object)
1.    To capture fugitives or criminals (or even pirates) and deliver them for a bounty

Bount Yer Mates takes place on an undermanned pirate ship which has been captured by The Royal Navy. Remaining crew has a price set on their heads, wanted dead or alive, but The Royal Navy is a noble collective comprised of distinguished gentleman and has given them one last chance at redemption: bring other remaining members of the crew yourself, to save them a few bullets, and keep the bounty and your head on your shoulders! Quite a generous gesture, and a bounty of a sort as well.

Bount Yer Mates is a single player or a one-keyboard 2-player multiplayer game where player’s goal is to bount the rest of the crew members and remain the last pirate standing (at least on one foot) with a hefty prize, if keeping your head is not enough of a prize. 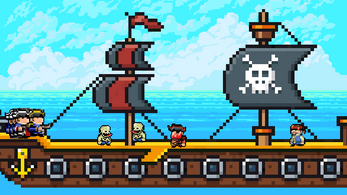 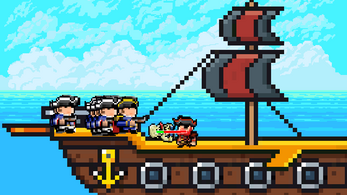 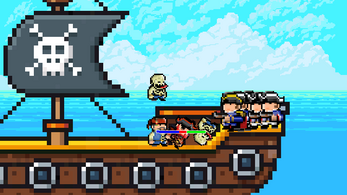 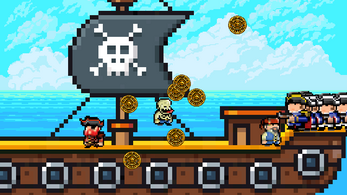 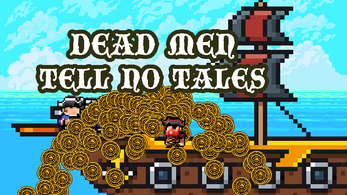